Funda Nakkasoglu joins the podcast this week in her return to the WNBL after a long overseas stint. Suiting up for the Sydney Flames after her first pro-ball stint playing for Galatasaray S.K. in the Turkish Women’s Basketball League – where her father also played professionally. She was also a member of the Turkish National squad.

A Florida Gators graduate, Nakkasoglu began her college career with Utah State transferring to Florida SEC for her final two years of eligibility where she led the Gators in scoring in each of her two seasons there, departing the NCAA ranks with 2,047 career points!

Tune in and enjoy! 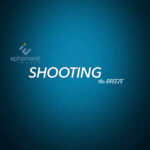